After Mirabai Chanu’s silver medal, another athlete from Manipur has brought home an Olympic medal. Shanglakpam Nilakanta Sharma was one among the 16-member Indian men’s hockey team, who created history by winning the bronze at Tokyo Olympics today.

Team India ended a 41-year wait for an Olympic medal in hockey at the Oi Hockey Stadium – North Pitch today at their bronze medal match against Germany. The last time India had won a medal in hockey was at the 1980 Moscow Games when the team was against the same rival country. 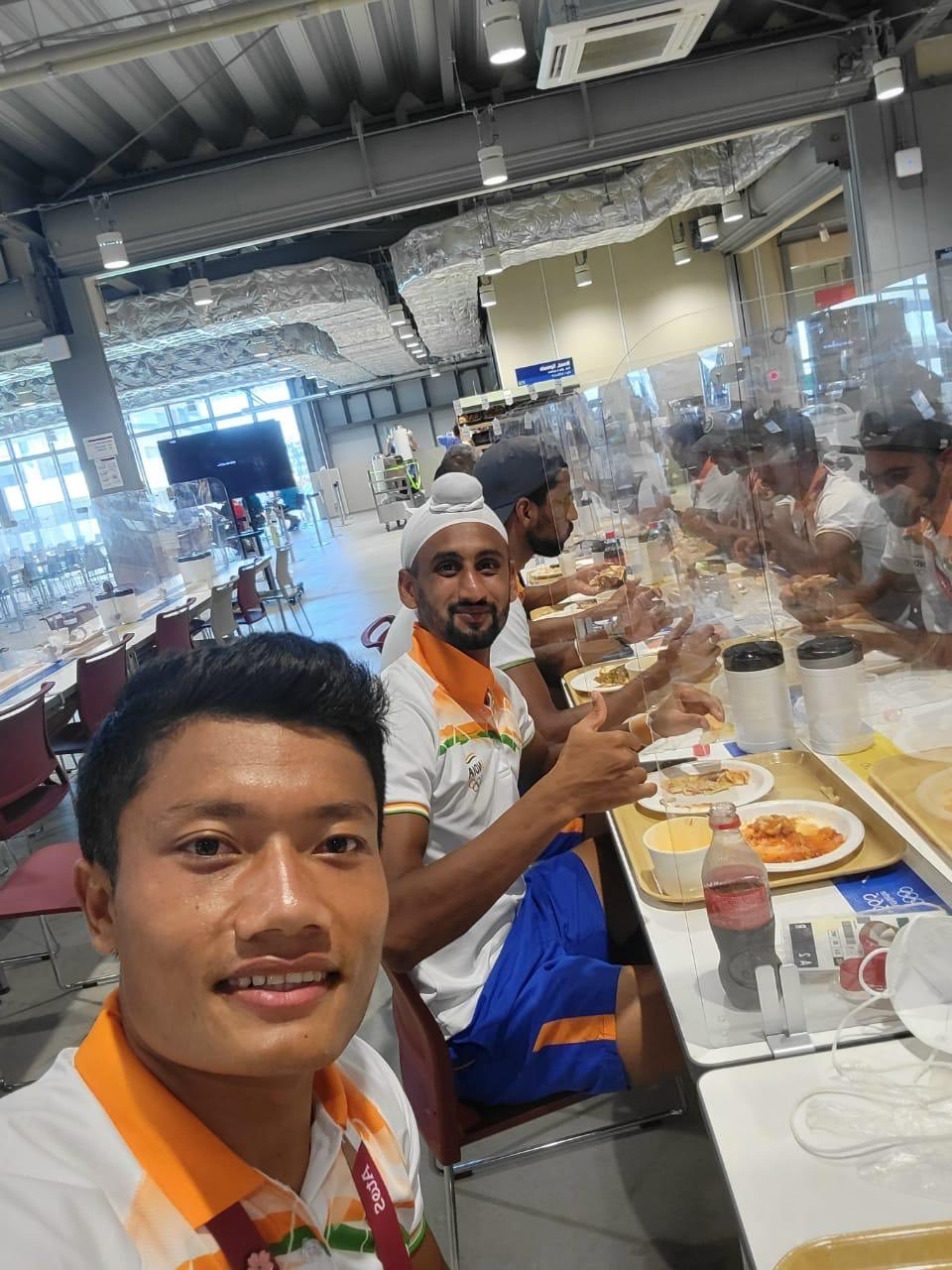 Midfielder Sharma is among the 10 Olympic debutants in the 16 member Indian men’s hockey team. The team defeated Germany by 5-4 scoreline.

On Thursday, family and neighbours of Sharma burst into celebrations back at his home state after the team’s win. Sharma’s family members and neighbours marched and danced on the beats of the drum roll on the streets of Ahallup, Heingang Kendra, to celebrate the victory of Team India.

Sharma’s selection came after Sushila Chanu Pukhrambam from Manipur was selected for the final squad of the Indian women’s hockey team for Tokyo Olympics a day earlier.

It is to be mentioned that Sharma is the third athlete from Northeast after weightlifter Mirabai Chanu and Pugilist Lovlina Borgohain to bring an Olympic medal for the country. 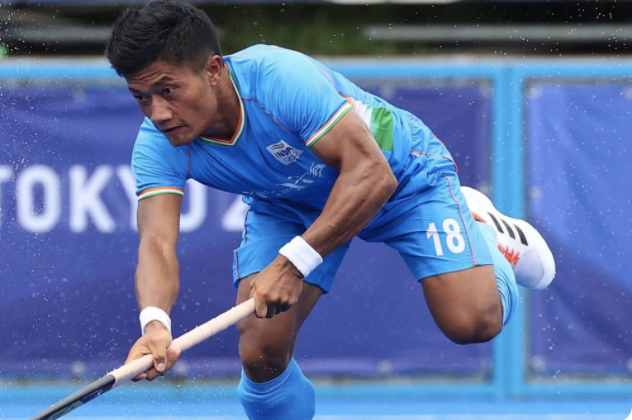 Sharma started training for hockey when he was around eight years old. He used to cycle to the only Hockey ground in his locality that was five kilometres away from his home. He used to train from 5 am to 8:30 am every day because that was the only time that the turf was available.

In the year 2002, he joined the Posterior Hockey Academy Manipur where he was trained till 2009. From here, he represented Manipur on various tournaments at the National Championships. 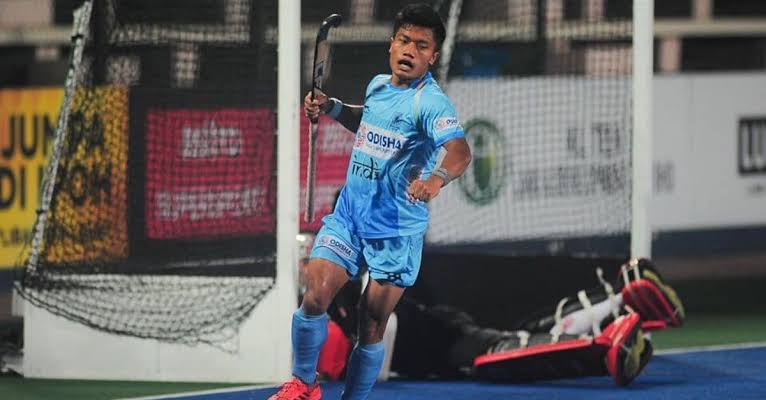 He was also part of the 2019 FIH Series Finals Gold Medal winning Team and the 2019 Olympic Qualifiers in Bhubaneswar, where they qualified for the Tokyo Olympics. He has played more than 50 matches for India till now. He has a great partnership with all his teammates but especially with Manpreet Singh on and off the field.