The BJP government has made the impossible possible: Modi

PM Narendra Modi on Tuesday launched a scathing attack on Congress while campaigning for the BJP in poll-bound Manipur.
Modi accused Congress of dividing Manipur between hills and valleys. "Congress leaders come to Manipur and make tall claims. But they make fun of the dresses and culture of Northeast India in other States."
"Congress play 'divide and rule' policy. They never worked on developing and improving connectivity in the Northeast region," the PM said while addressing an election rally in Manipur’s Heingang. 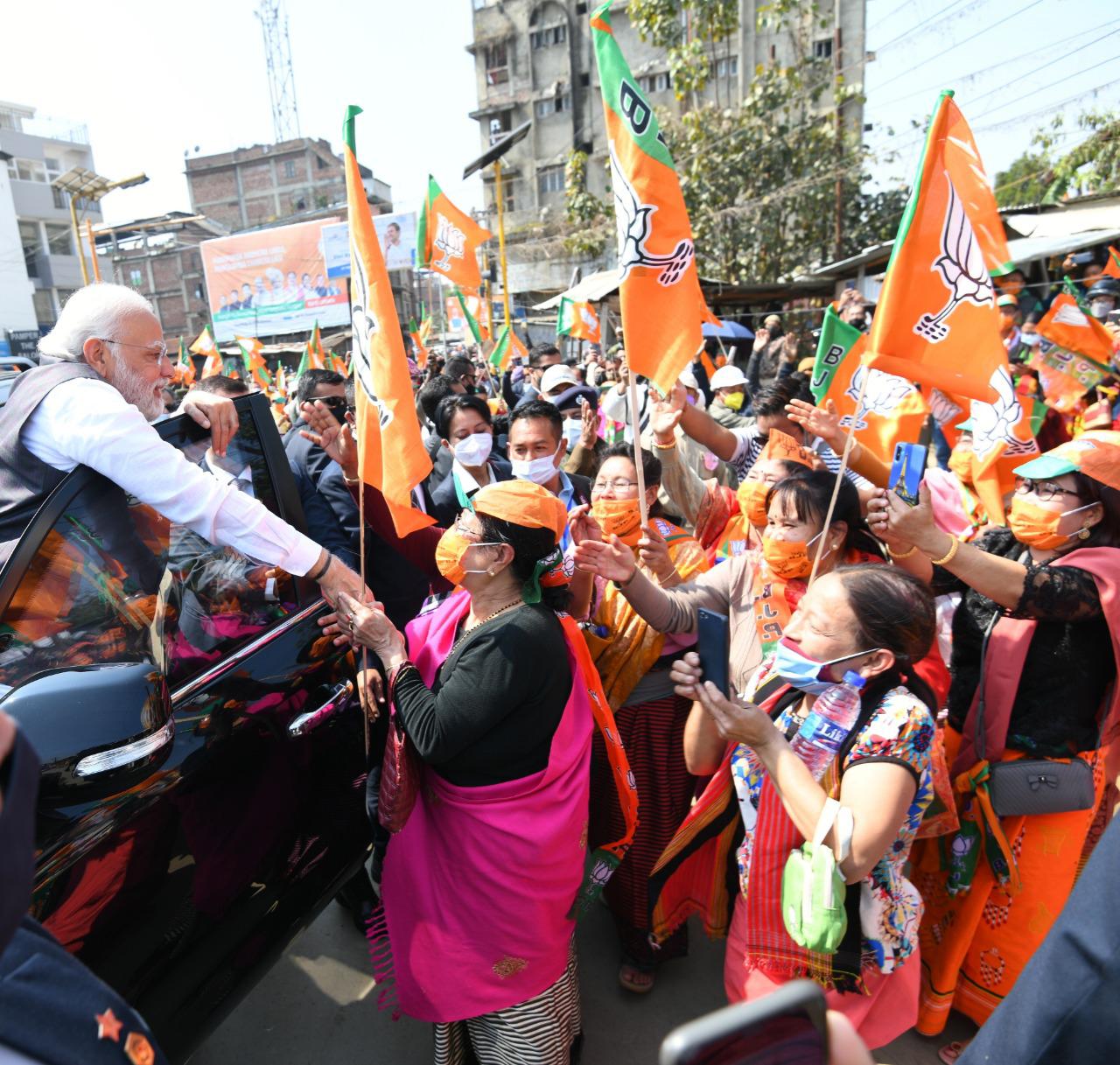 Manipur will be going to polls in two phases, the first scheduled on Feb 28 and the second phase voting will be held on March 5. Votes will be counted on March 10.
"In the last five years, our government took several initiatives to develop Manipur. After decades of Congress misrule, you've witnessed BJP's good governance as well as good intention," Modi said.
Blaming the Congress for making bandhs and blockades the "main feature of Manipur", Modi said, "The BJP government has made the impossible possible. Today, every region of Manipur has had relief from bandhs and blockades." 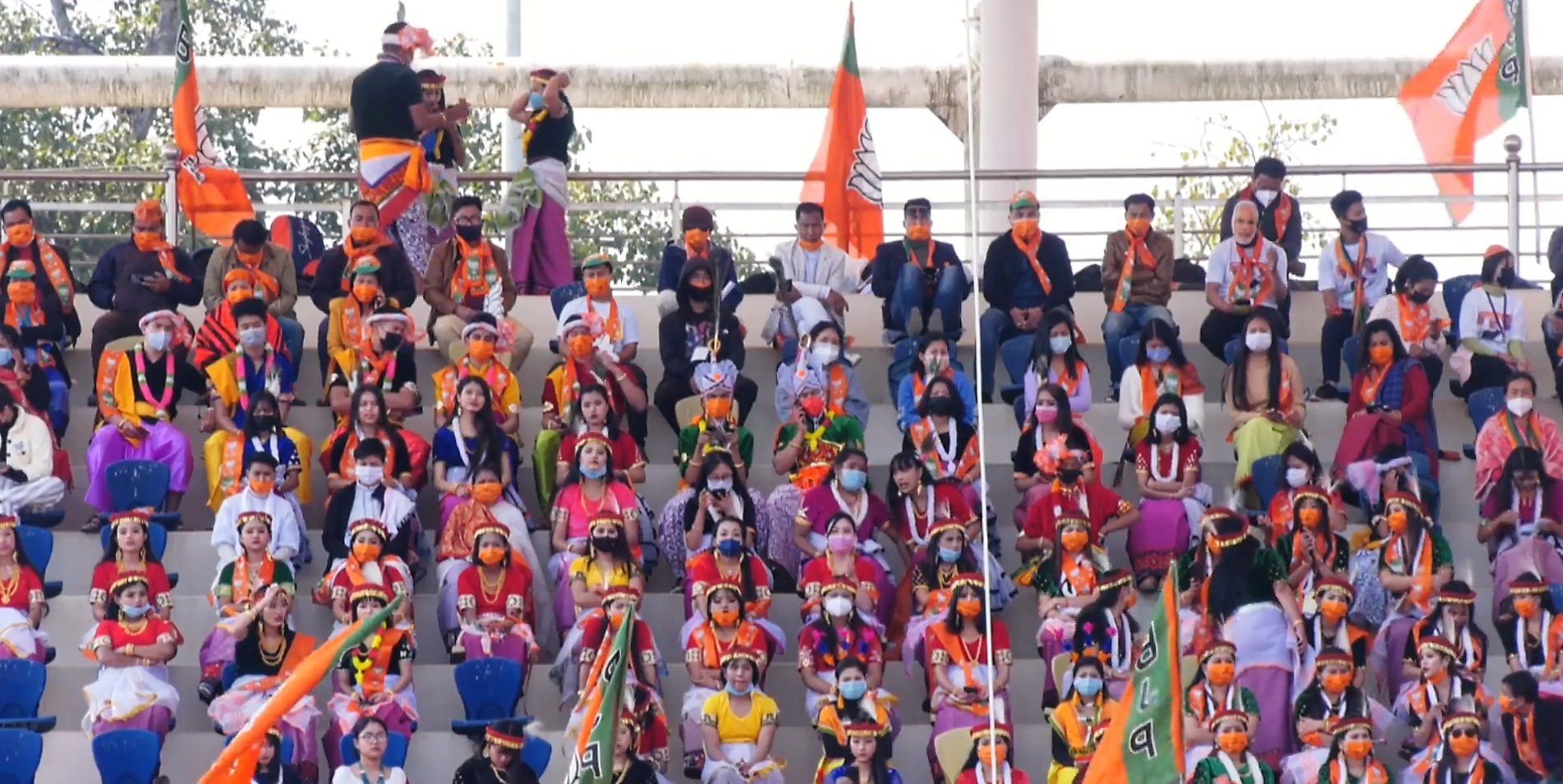 He added, "We believe that the Northeast region is the growth engine for India. The BJP government has written a new chapter of change for Manipur. The State is witnessing development. Every 7 out of 10 Manipuris are now benefiting from the free ration. We are working towards making the lives of the citizens better."
The PM said the improved rail and road connectivity, Manipur will become an important centre for East Asia connectivity once the highway connecting Myanmar-Thailand is completed. 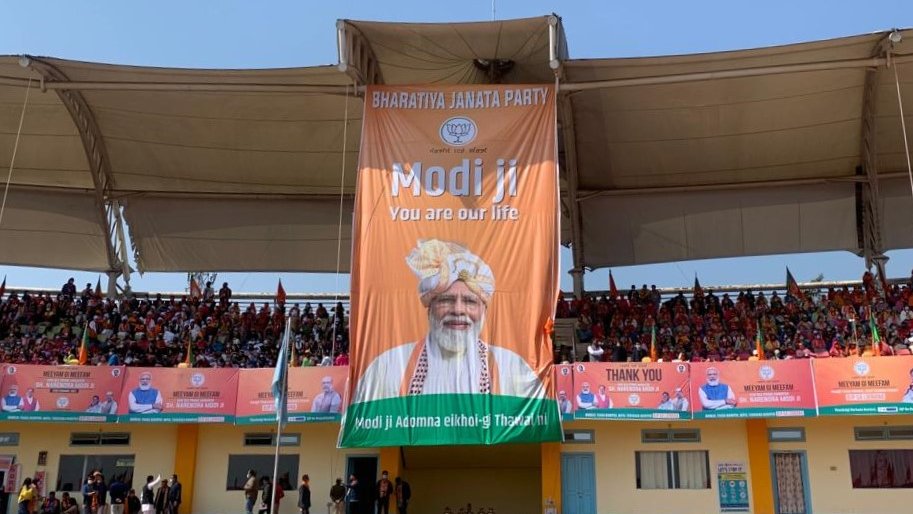